THE ASSOCIATION OF FREE TRADE UNIONS OF SLOVENIA

Introduction of the Association of Free Trade Unions of Slovenia (ZSSS)

ZSSS is a voluntary and democratic organisation, independent of political parties, parliament, government and religious communities, founded on 6 April 1990. The association is funded solely by membership fees and project work.

Our representativeness and efforts to establish a high level of social dialogue give us the leverage to negotiate the contents of collective agreements and participate in the Economic and Social Council where we, together with the government, coordinate law proposals and other documents affecting workers. Social and other agreements related to salaries and specific economic and social affairs are concluded in the framework of a tripartite partnership. ZSSS has representatives in all social security institutions and three representatives in the national council.

Our goals are achieved through negotiations, agreements, strikes or mass manifestations. The advantage of ZSSS and its members over other trade union organisations is its regional union organization network that allows them to provide, in the entire territory of Slovenia, at their regional organizations’ head offices and in a number of local trade union offices, legal, professional and other assistance to their members near their place of residence and work.

Since 1999 we remain the country’s only full member of the European Trade Union Confederation.

Organizational structure and its functioning

ZSSS comprises 22 trade unions from different sectors from the whole of Slovenia, from both private and public sectors:

In the Employment Relationships Act we have successfully defended:

We prevented the adoption of amendments to the Co-management act proposed by the Chamber of Commerce and Industry of Slovenia:

Adoption of the Financial Participation Act (at the request of ZSSS after more than 15 years; however, participation is still not mandatory, but voluntary).

Adoption of the Occupational Safety and Health Act (with active participation of ZSSS – the union obtained the right to documented information on the occupational safety and health situation with individual employers and the possibility to direct and organize the work of elected worker trustees; upon consultation with workers and worker representatives every employer is required to produce a safety statement with a risk assessment).

The Association of Free Trade Unions plays a key role in bargaining at the national, sectoral and entrepreneurial levels and provides its members with free legal assistance, mediation, professional consulting, training, solidarity aid and various benefits. Sectoral trade unions are actively involved in the organization of demonstrations, strikes, sport games, social meetings, holidays and other benefits.

What do we do?

Slovenian trade unions developed as a part of Austrian trade unions as early as the late 19th century. They started as educational and self-help organisations and gradually developed into organizations representing workers’ rights. Amendments to labour legislation at the end of the 1980s provided the basis for the development of collective bargaining as a fundamental instrument in industrial relations. Until 1988 only one  trade  union organisation  existed, although  changes  in the  trade  union movement had already developed. In 1990 trade union pluralism started to emerge.

Today there are seven  representative  trade  union  confederations in Slovenia,  in addition to 28 trade unions that are representative for individual sectors or professions. In the first half of the 1990s trade union membership dropped to some

60% of the active population of Slovenia. In the second half of the 1990s trade unions lost about one-third of their members. In 1998 trade union membership rate fell to 42.8% and has remained relatively steady since. In 2009 new data demonstrated a further decline in membership to some 27%. Nevertheless it should be stressed that union membership rate among the active population is the highest among new EU member states and even exceeds that of many old EU member states

History of the trade union movement in Slovenia

1889: two major strikes organized in Trieste and the Zasavje district

1920: unity of political and trade union movement – the Communist Party

1922: establishment of the Yugoslav General Federation of Labour

until 1990: trade union unitarity – the only trade union is the Association of Trade Unions of Slovenia

The legislative basis for trade union organization and their operation is provided already by Article 42 of the Constitution of RS (OJ RS 33/1991) which sets out the right of assembly and association, and Article 76 which lays down the freedom of trade  unions. Article  77  provides  for  the  constitutional  right  to  strike.  Key  acts regulating trade union activities are also the Representativeness of Trade Unions Act (OJ RS 13/1993), the Collective Agreements Act (OJ RS 43/2006), the Strike Act (OJ SFRY, No. 23/1991), the Workers’ Participation in Management Act (OJ RS 42/2007), the Financial Participation Act (OJ RS 25/2008) and the Employment Relationships Act (OJ RS 103/2007).

Industrial relations in the modern sense of the word began to develop more rapidly after 1990, when social partners in Slovenia adopted new roles and gained importance. At the same time, in the period since the establishment of a tripartite dialogue following Slovenia’s independence, the development of trade unions and employer organizations saw the emergence of pluralisation and in turn, a significant decrease in membership.

Social partners in Slovenia participate in the Economic and Social Council (ESC), which  was founded in 1994  and  represents a framework that has consolidated democratic relationships between the social partners. The ESC is a consultative body whose decisions, which are taken unanimously, are binding for all three partners. The significance of the ESC is reflected also in the position of the National Assembly of RS, according to which all acts and policies that in any way affect the interests of social partners must first be negotiated at the ESC level.

The aim of the reforms following the country’s independence was to form a socially sustainable market  economy.  In  this  respect,  the  economic  development  model largely followed the so-called gradualist approach that attempted to – also through social dialogue – distance itself from the practice of economic and political “shock therapies”.  Slovenia’s  endeavours  to  join  the EU,  which  were  realised  in 2004, significantly contributed to the changes in the economy.

Realistically speaking, these goals were only partially achieved or successfully implemented  during  the  transition  process. The  increasing  privatisation  of  profit through an increasingly higher number of management buyouts on the one hand, and the socialization of losses that was particularly prominent during the current economic and social crisis and increasing unemployment rate on the other indicate all too well that there are a number of steps to be taken before a social market economy is properly realised.

Certain important work-related rights are established in the Constitution of RS as human  rights  and  basic  freedoms.  The  constitution  therefore  guarantees  the freedom of work and the right to free choice of employment, prescribes access to any position of employment under equal conditions and prohibits forced labour.

The most important element of the Slovenian labour legislation system is the Employment Relationships Act (ERA) which regulates individual employment relationships, i.e. those employee – employer relationships that arise upon the conclusion of an employment contract. The ERA stipulates the minimum level of rights guaranteed to workers, while a more favourable regulation is left to collective agreements (CA) at different levels (industry, enterprise CA) and general acts of employers. Special features of employment relationships and civil servants’ rights and duties are regulated by the Civil Servants Act.

The ERA lays down the obligation to conclude an employment contract, with which the employee and the employer stipulate their mutual rights and obligations. The contract must be concluded in writing and must contain all elements laid down by the ERA. As a rule the contract is concluded for an indefinite time, although in certain cases the contract may also be concluded for a fixed period (e.g. replacement of a temporarily absent employee, project work). Fixed-term employment contracts may be concluded with the same employee for the same job for a maximum period of two years. Work may also be carried out within a shorter working period or at home.

Upon the conclusion of the employment contract the employee and the employer may agree upon a probation period or traineeship. Probation periods may not last longer than six months and traineeship no longer than a year. A trainee may only be an employee who starts to carry out work appropriate to the type and level of his/her professional qualification for the first time. A trainee’s base salary may not be lower than 70% of the base salary for the position.

The ERA regulates the rights, obligations and responsibilities arising from the employment relationship, including the working hours, night work, overtime work, breaks and rests, annual leave, remuneration, training and similar.

The ERA also regulates the remuneration package, which consists of base salary, performance-based remuneration payment, allowances (extra payments for special working conditions related to the distribution of working time, e.g. for night work, overtime,  Sunday  work  and  work  on  statutory  holidays  and  free  days;  extra payments for special working conditions that ensue from special burdens at work, such as working without natural light; seniority allowance) and a part of the salary that  is  paid  relative   to  business  performance.  An  employee is entitled to reimbursement of work-related costs (meals during work, travel to and from work, business trips) and other types of remuneration (holiday allowance, jubilee rewards, solidarity aid, severance pay).

Rights ensuing from parenthood are regulated separately. Parents have the right to be absent from work or to reduced working-hours arrangement when using parental leave (maternity leave, paternity leave, childcare leave, adoption leave). The employer is obliged to facilitate the balancing of family and working commitments. Parental leave is regulated under the Parental Protection and Family Benefit Act.

Employee and employer may also terminate the employment relationship. Termination may be ordinary (with a period of notice) or extraordinary (without a notice period). The ERA specifies the termination procedure, the reasons for termination, notice periods and cases when an employee is entitled to severance pay. 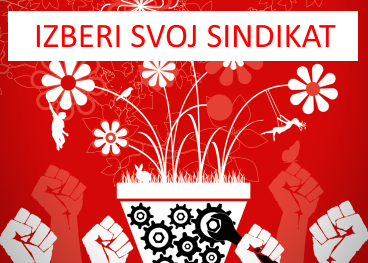 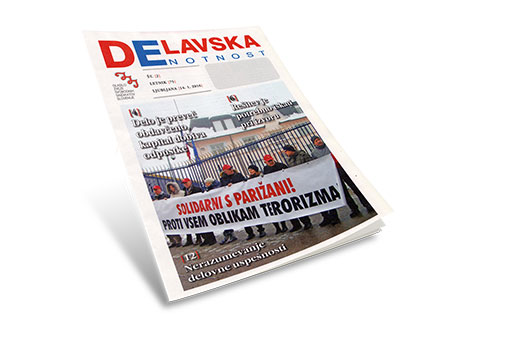